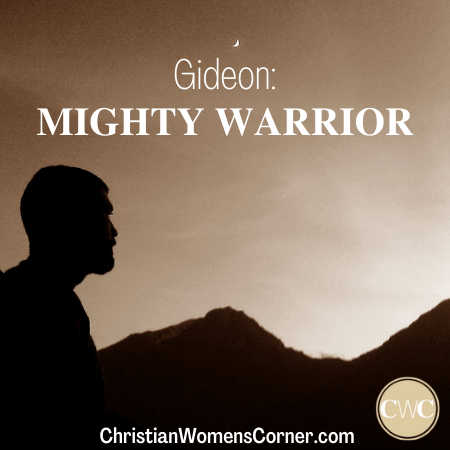 Gideon’s life was filled with trouble. He and his countrymen were oppressed by another nation. Food and other natural resources were scarce. What little the Israelites could cobble together was quickly taken from them by their enemies.

The oppression was so severe that the Israelites hid in caves and rocks. They could not even live in their own homes and cities any longer.

For seven years, this oppression lasted. Then God raised up Gideon to be a mighty warrior. His heroic story is not only inspiring, but it also contains five Biblical truths that are still applicable to Christians today.

Truth #1: The Lord Is with You

In the opening of Gideon’s story, he is hard at work. He’s doing everything he can to provide for his loved ones despite the poverty and the oppression around him. Secretly, he’s threshing wheat, trying not to attract the attention of his enemies.

Everything around him looks bleak. He’s been forced into hiding, and his loved ones are going hungry. He’s living in the middle of economic collapse and faces constant taunts by his enemies.

He’s watching his sons grow up in a land that’s home but doesn’t feel like it anymore. This is not the dream he had for his children, and his heart breaks every time he sees them struggle.

Maybe you can relate to some of what Gideon is feeling. You lost your job, and now you’re struggling to feed your family. You’re watching the news and hearing the threats of economic collapse and the rumors of war.

You’re facing taunts by those at work who don’t understand your faith. Your once-loving home doesn’t feel like home anymore since your spouse betrayed you.

You look into your children’s faces and think about the beautiful dreams you once had for them. Now those dreams are shattered due to illness, trauma, or even their own poor choices.

When the angel of the Lord appeared to Gideon, His first words were simple,

Of all the things God could have said, His first priority was to reassure Gideon. His desire was to foremost comfort His hurting child. He does this with one simple announcement: The Great I AM is here.

What you’re walking through today—the Great I AM is there, too.

Gideon’s response to the announcement of God’s presence is so relatable. You can practically hear him whisper in a broken voice, “Then why? If God is in this place, why is there pain? Why is there heartache? Why are my children going hungry?”

He even goes so far as to say that God has abandoned the people of Israel. Can you relate to that feeling?

Have you ever felt as if God forgot you and your family? Have you ever wondered where God was as you watched your loved one struggle again? Have you ever questioned if God was asleep at the wheel while you were in the worst moments of your life?

If so, then you’re in good company. Gideon is right there...and so is the Great I AM.

Truth #2: You Are a Mighty Warrior

After reassuring Gideon of His presence, God immediately calls out Gideon as a “mighty warrior.”

In his haste to have his questions answered, Gideon missed the precious identity that God had just bestowed upon him. He was so worried and anxious over what was happening in his daily life that he couldn’t see God had a bigger purpose for him.

When he finally acknowledges that God called him, he’s quick to downplay himself. He says,

Maybe you’ve never described yourself as the weakest. But you’ve probably used other words to downplay your identity. You’ve said things like, “Oh, I’m just a housewife” or “I’m only the stocker at the store.”

Perhaps you’ve even brought your family into your flawed perspective. You’ve said things like, “my family doesn’t do big things for Jesus,” or “my family isn’t amazing—we’re ordinary people.”

But every person in the family of God is vital. Every person is a “mighty warrior” because of the sacrifice of Jesus.

God granted us victory over every trial and temptation we would face in our lifetime. This is what it means when Paul says,

Today you may not seem like it. Right now, you might feel broken and shattered beyond all recognition. But the One who knows you leans over you and tenderly whispers your true identity over you. He calls you “mighty warrior” and assures you that victory is close. 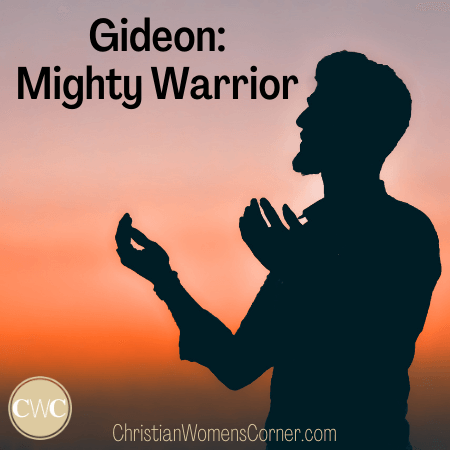 Gideon shares all of his “why” questions with the angel of the Lord. Then God responds with a question of His own.

The Lord turned to him and said,

The question seems simple on the surface. But it’s designed to create a radical shift in focus for Gideon (and us). God is saying, “Instead of focusing on the calamity and chaos around you, focus on Me. Focus on My strength and My saving power.”

It’s easy to get caught up in doubt and fear when we’re focused on what’s happening in the world today. There's no shortage of things to worry about, from a global pandemic and racial injustice to political unrest, economic disaster, and war.

When God invites Gideon to shift his perspective, the mighty warrior has yet another question,

You may not realize it, but you’ve probably asked the same thing. You’ve said something like, “The world is so corrupt. Will it really make a difference if I live in the light?” or “No one is listening to me. I have no influence. How can I share God’s love?”

Like Gideon, you look at yourself and label what you see. You speak words over yourself that aren’t true. You say, “Puny. Failure. Small. Worthless. Loser. Ashamed. Ignored. Defeated.”

It’s about the power of God backing you. The same God who parted the Red Sea, caused the walls of Jericho to fall and enabled a shepherd boy to defeat a giant has your back.

He’s on your side. The King of Heaven’s Armies, who has legions of angels at His disposal, is equipping and calling you. He’s saying, “You do not need to fear, my child. This battle is mine already. All I want you to do is lift the sword.”

David didn’t say this when he was safely out of harm’s way. He proclaimed these words after the Philistines had seized him in Gath. He was in the middle of a terrifying situation, and he knew that all he had to do was raise his voice.

As a beloved child of God, you are never in the battle alone. You need only raise your voice, and all of Heaven’s forces will rush to fight on your behalf. This is the power of the God you serve!

Truth #4: God Is Patient with You

Scared of the chaos around him and scarred from the years of suffering, Gideon is hesitant to trust. He desperately wants hope, but he’s afraid to cling to it. He’s afraid to feel disappointed and let down again.

17“If now I have found favor in your eyes, give me a sign that it is really you talking to me. 18Please do not go away until I come back and bring my offering and set it before you.” And the Lord said, “I will wait until you return.” (Judges 6:17-18)

The Lord could have glanced at His watch and said, “I don’t have time for this. I’ve already handed out the assignment. Now get to it.”

But God is so kind and loving toward His children that He understands their doubts. He makes provision for them by being patient with your heart.

God knows every moment of your story. He understands how fragile your heart is and how many times you’ve been let down by this world and its promises of fulfillment. He knows how deeply you ache and cares about your wounded places.

You may not be in the place that God has called you to yet. He has proclaimed you a “mighty warrior” and given His strength to you.

But you may still be struggling with the same old temptations and trials. You might still fall. You may continue to lose battles as you learn to fight in His strength.

Still, God is patient with you.

Truth #5: The Lord Is Peace

After Gideon knew he’d truly encountered the Lord, he built an altar in that spot. He named it “The Lord Is Peace.”

Only moments before, he’d been overwhelmed with trouble and sorrow. Before this encounter, he’d been sure that God had abandoned him, his family, and his entire country. The man who could see only pain and chaos before now saw something else: peace.

Long before his enemies were defeated, and while he had yet to lift his sword, Gideon experienced a radical victory. He experienced the truth of God’s presence, the life-changing power of shifting his focus, and the realization of his true identity.

Gideon boldly proclaimed victory while living in the “not yet.” The battle hadn’t even raged, and it was already a win.

It’s easy to feel defeated. You have an enemy that wants to convince you that you are. He’s working overtime to make you feel like the war is lost. He wants you to believe that what you’re doing won’t make a difference. He wants you to cower under the bed, afraid to make a single move.

But you must grasp one simple truth: the war has already been won. When Jesus died on the Cross and rose again, every plan that Satan had could only have one possible outcome—failure.

Since he can’t change the war’s outcome, the evil one wants to convince you that you’ve already lost. He wants you to walk defeated, so you never acknowledge the power of God and pick up your sword.

The truth is that one day, God will redeem us from every evil. He will silence the accusing one forever. But until that day comes, the Lord is Peace. He provides it generously to all His children.

Understanding this peace and walking in it is the key to claiming victory over every circumstance in your life. God is on your side, and He is fighting for you. So, it’s time to lift up your sword, mighty warrior!

Whew! You made it to the bottom of this blog post. I appreciate you taking the time out of your busy day to read what was on my heart. I'd like to thank you by offering a free PDF download when you fill out the form below.

Make sure to click the box beside 'Subscribe to the CWC Email Community' to receive our monthly newsletter and a few emails a month to keep you informed about our community, updates on the website, and to send you cool free stuff!

You can read the PDF downloads on whatever electronic device you use and fill out the journal answers in your own journal or a notebook.

Another way to enjoy the downloads is to print them out on your home printer or email them to your favorite printer like the UPS Store, Staples Business Depot, or Kinkos and use them in printed form.

Your information is 100% private & never shared.

Have your say about what you just read! Please leave us a comment in the box below.